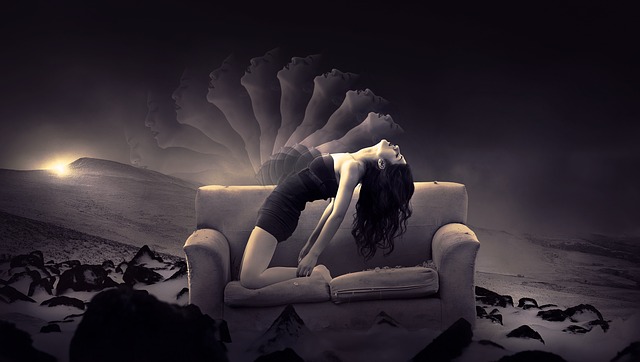 My birthday is in July but on March 26, 2020,  my life  started anew when I was diagnosed with cancer. Learning to live with that is an entirely new life experience.

I first began feeling unusual symptoms in July 2019 and it took over 8 months to diagnose, just about the same amount of time a baby grows to full term. Every part of my life that was safe and predictable ended, and from that moment on life became new and unfamiliar. It started when my oncologist told me my diagnosis:  stage 3 angioimmunoblastic T-cell lymphoma. He expressed certainty that I would respond well to his treatment plan, and I was relieved that there was an answer to all that I was experiencing. He was gentle and convincing, I trusted him immediately which was very different from my usual state of general distrust. He led me through 5 months of chemotherapy along with a clinical trial, followed by stem cell transplant  which involved more chemotherapy, and one year after to regain strength and let my immune system grow back to its full disease fighting state of being.

Like a child going through the stages of development, the issue of trust vs distrust emerged again during my 2+ years with cancer. This time around I went for trust. Having full confidence in my doctor and his team was a first for me. I was brought up with the belief that everyone was out to make a buck at my expense, however having the best doctor in the best cancer center in the world was reassuring in itself. The oncology team was available to me every step of the way and they helped me to be able to trust that I was in good hands allowing me to let my guard down and be taken care of both emotionally and physically.

When chemotherapy made me more exhausted than I ever experienced, I learned about the glory of total surrender. My arms and legs hurt so much during chemotherapy that ignoring what my body needed was impossible, so succumbing to the couch and letting the pillows and cushions envelop me became a most joyous experience. As I made my nest of pillows around me, it felt wonderful to listen to what my body needed. I felt my muscles go limp and my body became heavy on the couch. What a pleasant sensation, and what a wonderful experience it was to let go of everything and rest.

When treatment was over, the major work completed, appointments  became less frequent and though the support was still present, seeking out my amazing doctors, nurses, and physician assistants who appropriately moved onto other people who need them right away, like I did, became necessary. I had a sense of loss when cancer treatment ended. I expected to feel rejoice because I pulled through but instead, I felt abandoned, and now there was an expectation to move forward, but to what? COVID made it too risky to venture out of my apartment, so I was more energetic with nothing to do, no one to see. Rebuilding my life at this stage is not as easy as it once was and even though cancer ended, it still feels like it is all around me, like a ghost lurking in the corner, waiting for an opportunity to show its ugly head again.

I felt like a 7-year-old stuck on the rules of monopoly. It’s not fair! This was not the way life was supposed to happen. I was uneasy with no job to return to and uncomfortable with so many unknown factors, but I had no choice than to move forward onto the road to wellness. On the flip side of uneasy, however, was the vague notion to trust the process, which worked well so far. I made it through treatment and maybe my resilience will take me even further.

After cancer, however, is a state of being all its’ own. So much was taken away from me — I could no longer return to my social work positions in assisted living facilities and hospice agencies because cancer came at the same time as COVID, and my weakened immune system couldn’t defend me. I was happy with my previous life, and though some people my age would retire, I am just not ready for the park bench, and still need to create a meaningful existence. Unfortunately, the ongoing rippling effect of COVID makes a career in the helping profession difficult for a person like me who is still immunocompromised, so the question I once asked myself as a teenager came up again: “What do I want to do with the rest of my life?”  Do I continue to be a social worker? Should I train for another type of position in the helping profession? Like a spiritual teacher or even a spiritual leader? I suppose I could do anything I want but trying to find the right path is difficult. Whatever I end up choosing for my next occupation is on zoom these days, but I still need new clothes as cancer left me 60 pounds lighter, which quite frankly is one of the few advantages of going through such  arduous cancer treatment. I now love passing mirrors and looking at my new thin  body, and my short straight hair. I feel like a whole new person with an open path ahead which leaves me with both eagerness and angst.

What holds me back from rebuilding my life is the worry about a possible return of cancer. I never really thought about when and how I was going to die but now I wonder how long I have. Will I have enough time to do fun things with my money or will I spend it all on health care, and  will I spend the rest of whatever many years I have left fighting it off? The fear of cancer returning takes up a lot of energy leaving me with a tremendous amount of anxiety that I am still just beginning to see.

In moving forward with my life, I saw that opting for trust has worked well for me so far in my life with cancer, and so I began to trust that opportunities for my future will present themselves when the timing is right. Thinking positively definitely feels better than my old mantra, “Aim low, avoid disappointment.” I felt that way for such a long time, but now that is far from my current state of calm and certainty. Surviving cancer made me more aware of my inner strength and resilience and I believe that was because I stayed in the present moment and complied to my body’s requests to rest and surrender. I didn’t force myself to be more active. I rested when I needed to, walked when I was able to. Acceptance was a new feeling for me because for the first time, I didn’t have to be productive, all I had to do was listen to what my body needed.

Cancer also left me with the awareness that trying to control the uncontrollable is where anxiety comes from, and it uses up precious energy unwisely. Living in the moment is a meaningful way of taking care of myself. There is a force of profound energy when we are able to give in to our body’s needs — a feeling of aliveness takes over even in the most exhausting moments.

Giving myself what I needed without question or judgement had a positive effect on my physical and emotional health. It gave me confidence. I feel thankful that I managed this ordeal with grace, dignity, and a bit of humor. By giving up the illusion that I have control, I now trust that there is a process that life takes us through when we are open to receiving it. I think that is what makes cancer survivors warriors.

Something shifted: managing and getting through a life threatening illness made me feel like the winner in a competitive game. I am proud of my strength. I didn’t know just how strong I was, but the fact that I persevered for such a very long time, from trying to find out what is wrong with my body to feeling weak and depleted from cancer treatment makes me stand up straighter with the understanding that I am a force to be reckoned with! Cancer made me a victim, but it also made me an adult.