The Game of Chicken 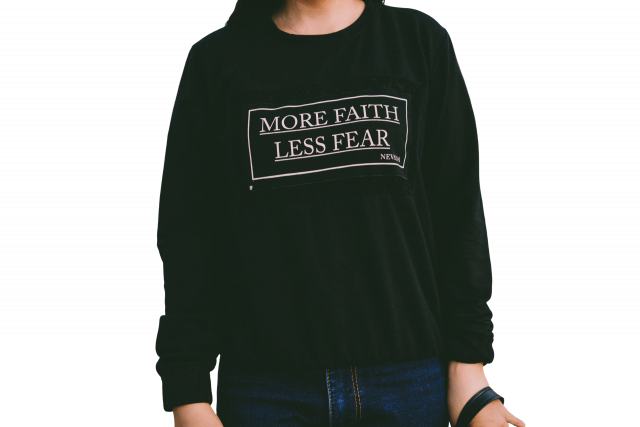 After my third chemotherapy treatment, I met with my doctor, virtually, of course. We were reviewing the great results of my PET scan, as my cancer cells had shrunk. We were so pleased and to express my excitement, I said, “I can’t wait till the end.” It would appear that my doctor heard something that I was not  consciously aware of at the time because he replied that he hoped treatment would remain successful and that I would be able to live for a long time.

I laughed at my “Freudian slip,” corrected myself, and we moved on, but I thought about my comment for a long time after. Freudian slips are unintentional comments we make that reveal unconscious feelings or wishes. Do I really want to die? I didn’t think I did, but I also can’t deny that dying has crossed my mind quite frequently since being diagnosed with cancer. When I was first experiencing symptoms, I knew something was wrong but it took time fo find out what it was. I was always tired, I had hives that would come and go, and I mysteriously lost a bit of weight. I was anxious and had panic attacks. I was frightened that something was seriously wrong and answers weren’t coming fast enough. When I finally found my way to Memorial Sloan Kettering and my current doctor, I was oddly relieved to find out that my symptoms were real. It was cancer, and my anxiety lessened once treatment started. My focus turned  from fear of dying to coping with chemotherapy and its side effects: hair loss,  more weight loss, loss of taste, nausea, and fatigue, just to name a few.

Thinking about the Freudian slip helped me see that there were emotions brewing subconsciously that I was less aware of. I was scared and I pushed those feelings aside because I wanted to be brave, but I was too anxious. Fortunately, life has that way of giving us what we need. If we are paying attention, there is a learning experience in there somewhere, a message telling us that this is not just a misfortune, this is also an opportunity to evolve. I began to experience pain in practically every joint in my body, which became overwhelming. It was all I could think about and so consuming that it also made me feel emotionally vulnerable, which might explain my Freudian slip. I realized, on a deeper level, just how scared and sad I really was. The sadness overwhelmed me and all I could do was cry. I realized I was afraid of dying, I wanted to die, and wanted life to go back to the way it was. It was all swirling around in my head at the same time.

When I was working in a community mental health clinic, and someone began to express suicidal thoughts, I would gently ask questions to learn more about what they were thinking and feeling. One of the most important things I discovered was the difference between really wanting to die and just wanting the pain to go away. That comes back to me now because saying you want to die is somehow easier than dealing with the fear, the pain, and the unknown. I was afraid that my life was slipping away from me.  When treatment began, I was calm for a while, but I am afraid again because, what if it comes back? So many people who have cancer talk about waiting for “the other shoe to drop.” Cancer always exists somehow. It’s always there in the back of your thoughts.  Now I am almost finished with chemotherapy and am moving toward stem-cell transplant and I realize my fear is about getting better. Now I am a person fighting cancer. Who will I be once this is all over? I lost so much, will I be able to rebuild my life? It’s all too upsetting to think about.

The slip of “I can’t wait till the end” implies that I’d rather die than deal with the fear of the unknown. It’s like the game of chicken that we see in movies from the 1950s, with two cars driving head-on toward each other. On one hand, death is imminent for either or both drivers unless someone “chickens out” and veers away from the other driver. That person is considered the coward. Does that mean it’s more appealing to die than to be a coward? If that’s the case, is it easier to think about death than to deal with our fear?

In truth, I don’t want to die and I believe there is a lot of life ahead of me. I don’t want to face all the unknown factors that lie ahead of me either. I don’t want to be afraid, and I want life to be predictable. In spite of those desires, I am fearful anyway. When I experience new symptoms of chemotherapy, I realize I am afraid. I feel so frail sometimes, it’s upsetting. My fear also comes to the surface when I wake up each morning and realize I have the whole day ahead of me with nothing to do but stay home where it is safe. I never think positively about my cancer cells shrinking because I am afraid of moving forward to the next step in my life. I know I will move forward, but I don’t know what I am moving toward.

Wishing for death seems like the easy way out. I don’t want to die so I veer away from that direction and am left with fear. It is not with the cowardice of the movie version of the game; it is with bravery that I (and all of us) try to face fear. Fear is  so daunting because we think we are facing fear without the tools that help us to deal or cope. We don’t know what to expect from this next phase of many unknown possibilities, and when you’re a person who likes to know what the next step is in advance, it is an unsettling and paralyzing feeling. There is a tarot card called The Fool, who is standing on the edge of a cliff ready to leap forward to a new beginning and a new challenge in life. Does he move forward with courage or does he resist? The position of the card, upright or reversed, determines the answer along with the rest of the cards chosen, but I am reminded of The Fool at this point in time because the question for me is: How will I move forward with my fear?

This is a time of transition for me when my old habits just do not fit anymore, and I am developing a new way of coping. I begin to remember that this is not the first time I moved beyond fear. In the past, I carried my fear with me in my “emotional baggage,” did not deny its existence nor try to control it either. I am now moving forward with fear and I remember that this is a time to trust in myself and in my instinct to survive and do the best I can. I have faith in myself because I have gotten past difficult things before. Being so fearful hides the fact that I am a survivor.

Faith in our ability to survive is essential, but there is also faith in a spiritual sense. When I was a hospice worker, some patients and families who practiced their faith, prayed, and sought the help of their religious leaders were better able to cope with the saddest of life events. They were able to say good-bye to their loved ones with the beauty and gift of unconditional love. I think of that now because sometimes my fear is overwhelming, but during my own prayer and meditation, I am comforted.  Sometimes I am too tired, and sometimes I just want to be miserable, but other times, when I am open and receptive, I meditate and am filled with a feeling of unconditional love, which brings me to the understanding that I am surrounded by love both here on earth and beyond. That is the beauty of trust and faith. That is true grace.