Trust in the Garmin 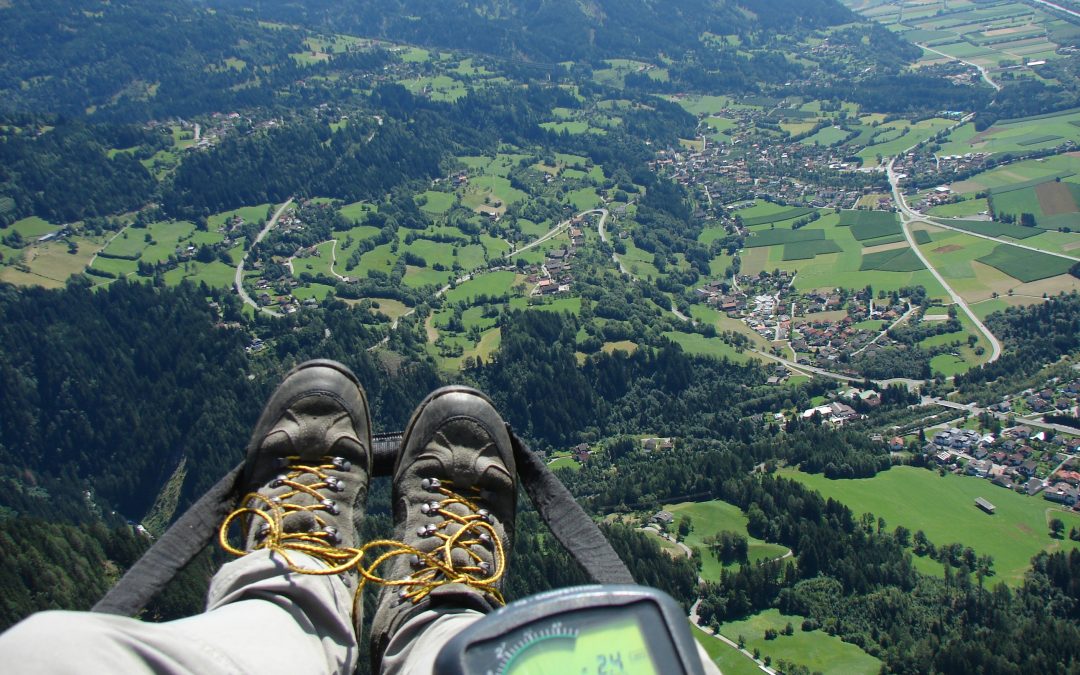 It was somewhere in the 1990’s when my husband and I bought our first Garmin navigational system. We plugged It into the space for the cigarette lighter (now called the USB port). We typed in the address, followed directions and it was ingenious. When we made an error, the voice would say in what I perceived was a bit punitive, “Rerouting” and it put us back on the right path. It made travel so much safer except when we were following directions to take us to Nassau Coliseum to see Neil Diamond in a concert. It took us to a dead-end road, and we had to find our way back and get directions the old-fashioned way — we had to ask. I lost trust and enthusiasm for the Garmin and had mixed feelings about navigational systems for a long time after. It was so easy, but I no longer trusted its’ accuracy. I still studied maps and found myself challenging the Garmin, I could do a better job, I insisted. Challenging the Garmin was getting harder because in truth, following its’ directions was less stressful than map reading. My husband would tell me, “Trust in the Garmin” with his hands together in prayer.

One summer weekend I was going to my favorite yoga retreat in the Berkshires and decided to use the Garmin, my husband’s mantra echoing in my brain. The beginning of the journey was easy, turnpikes and thruways and so far, it was not a problem trusting the Garmin, but then for the last part of the journey Garmin was leading me along small country roads with farms and huge fields against a brilliant sunny, blue sky. On one hand it was a beautiful ride, but I had no idea where I was, and I was too frightened to trust the Garmin. I was anxiously picturing myself getting stranded forever in an empty field. Trust the Garmin? I don’t think so.

At that point I believed I had no choice but to follow the Garmin. I had to get to the yoga retreat, so I followed the directions. It was a tremendous relief that I didn’t get lost and the only unfortunate occurrence was that my anxiety level was so high that I couldn’t appreciate the beauty of the country roads bringing me to a place of rest and relaxation.

That experience taught me a lot about myself. I felt so excited and courageous to be making this trip on my own, but I was also so frightened and worried that Garmin will lead me to another dead-end road in the middle of nowhere. I know I was feeling panic but at that moment I realized that not only did I NOT trust the

Garmin, but I didn’t trust myself or anyone else either. I am, along with my family of origin, skeptical. The trauma of the dead-end road on the way to Nassau Coliseum had a permanent place in my memory bank of catastrophes.

It did get me thinking, though, about trust and how hard it is to come by. It’s one thing not to trust directional systems, but a lack of trust in myself and others limits the possibilities of true friendships and creates a dark cloud on life.  I am filled with self-doubt as well as doubting the good intentions of others. I remember driving in the car with my father and if a police car had its’ siren blaring and they were speeding past us, he’d always say, “They are just going on their coffee break.” My parents didn’t trust others, so how could they instill trust in us? My mother was always so nervous about taking chances that when I’d go out for a bike ride she would plead, “OH PLEASE, be careful! Do you HAVE to ride the bike?” She made me so scared I doubted my own abilities and that extended far from riding a bicycle.

Lack of trust in myself and others makes me think back to Erik Erikson’s psychosocial stage of basic trust which we establish as a result of the quality of the response we receive from our parents when we are babies — my scared mother produced a scared child and so I didn’t have faith in my own abilities. Self-doubt accompanied me throughout my life.

I don’t think self-doubt ever really goes away, but when I moved out of my parent’s house at 18 and put myself through college, became a social worker, got good grades and accolades from my teachers and supervisors, saw some of my clients reach goals and live productive satisfying lives, when I learned to drive with vision in one eye, and saw life lessons in my cancer experience instead of feeling sorry for myself, the self-doubt became less important because it became balanced with the joy of success.

I learned that each time we are able to move forward, albeit fearfully, we experience success simply because we fought and won a round with the resistant part of us. Each time we take a chance we become more pleased with ourselves and that changes our self-image. I still get scared but I’m learning to take my fear with me as I move through the uncharted territory of my future.

When fear looms over me and I get the feeling that I can’t do things, that is where the learning experience begins. I try to face my fear and self-doubt by remembering all my successes and I remind myself that I have become an insightful capable adult. It feels like the grown-up wise me is sitting with my scared inner-child me encouraging, loving, and reminding myself that I can do this. The endeavor itself could come out great, or need improvement or perhaps it wasn’t even successful, but taking chances gives us adrenaline and the ability to see what needs to be modified.

I still use a navigational system however now it’s iMap. I am quite dependent on it, but I try to know beforehand what general direction I am going in. I notice that the system now gives choices of different routes, and they don’t scold when we make a wrong turn — I no longer hear “Rerouting”. Their silent redirection is kinder, and the choice of routes feels empowering. It seems as though as I became kinder with myself, so did navigational systems

← Gears, Bells, and Whistles The Wink →