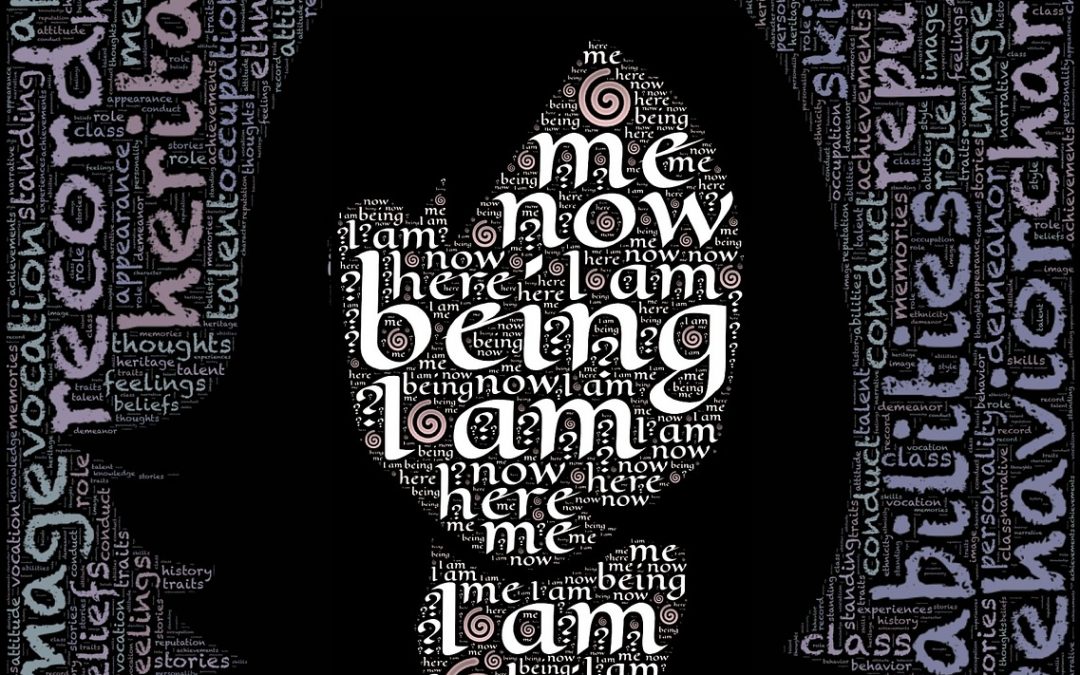 I remember growing up in the 1950’s watching “Million Dollar Movies” — the same movie was shown continuously during the week and all day on the weekend. There was one movie that caught my interest involving  a woman who had amnesia, though I suspect that was a common theme for movies in those days. She kept asking, “Who am I?” in a melodramatic tone that many actors used at the time. I was so intrigued by amnesia because she didn’t remember anything  — no memories of anything sad, disappointing or upsetting in any way. There was a lot I wanted to forget, and wipe out of my memory bank. I was the third daughter of a rather traditional Sephardic Jewish family where sons were king, and daughters, though necessary to help with housework, were a disappointment. In addition, my vision problems created learning problems and so my parents took me to every eye doctor they could find to try to fix me. I could feel the disappointment and burden my parents grappled with, so yes, amnesia was quite  an appealing concept. I wanted to go around with the same blank stare and hypnotic tone that Greta Garbo had and ask, “Who am I?” so I asked my brother to hit me over the head with his baseball bat so I can get amnesia too. He complied with more of a bunt than his home run swing, however it hurt too much and ultimately it didn’t work.

Not too many children in the 1950’s would ask that kind of question, and I certainly didn’t  — not until many years later — but there were many times where I would ask, “Why me?”  Why was I the only person with such bad vision? Why was school so hard? No one else in the family seemed to be having a hard time. I felt sad about all the burdens I seemed to be carrying around, but like a weary traveler who packed too much, I carried my bags around anyway. I didn’t know what else to do.

Before my vision problems were discovered I remember being outgoing and bold. A boy in my 2nd grade class once made fun of me, so I stabbed him with my pencil. A little extreme, surely, but he stopped. I didn’t get bogged down by sadness, I reacted to both happy and sad situations with spontaneity, but when my parents discovered that I couldn’t see out of my right eye, they were overwhelmed with grief and guilt and I felt weighted down with their sadness, so my boldness was soon replaced with a heavy-hearted awareness that I was not good enough — which left me to feel like a wilted, trampled on flower that resulted with being a target for teasing by kids at school for years to come.

By the time I was in high school, I became adept at looking and acting like other girls with pretty hairstyles, make-up and fashionable clothes. Deep inside, I still felt inadequate in every way but camouflaged it well by blending in.  When my English teacher gave us Siddhartha by Hermann Hesse to read, my world opened up and I began to understand that feelings ran deeper than just than happy and sad and that my sadness was part of a yearning that could not be satisfied with earthly wants and needs. There is something more to life and I didn’t know what. “Who am I?” became a question because on one hand I needed to blend in with others so I can be accepted, but on the other hand, I was beginning to understand that it’s possible to feel a sense of satisfaction that doesn’t come from being popular or looking good. It seemed to be less tangible but the inner peace that Siddhartha searched for was something that resonated with me. This is where my search began.

We grew up following Jewish law, my mother kept a kosher home, we observed all the holidays with  prayers that lasted for what seemed like hours  before enjoying a tremendous feast. As my parents grew older and went to Synagogue more often, I only saw religion as a set of rules to follow and it didn’t give me the sense of comfort that other people seemed to enjoy. For many years I read about meditation, tried to start a practice at least a dozen times but my mind was everywhere else and I couldn’t sit still. I read many books on Eastern philosophy, Krishnamurti was one, they were all interesting but none of them clicked with the heart felt longing of Siddhartha so I went about establishing a career in social work, married, traveled and continued to seek inner peace with therapists, meditation classes and having long conversations about life with a few close friends.

In my search for answers I noticed that my spiritual growth happened naturally while I was busy living my life. After feeling accomplished in my career, having a life partner and a comfortable lifestyle, like Maslow’s hierarchy of needs, my spiritual needs, which had many years of ebbs and flows, started to evolve. Meditation became a satisfying experience, which led to prayer and comfort in connecting with an invisible life force that opened me up to receiving  loving universal energy.  The question of “who am I?” had a new answer. Marianne Williamson brilliantly shared with us that we are “a child of God” which gives me a warm comforting feeling because regardless of what I accomplished in this life, I am part of the loving energy that is there for us to receive when we look beyond our lifestyles.

The ebbs and flows of my spiritual growth continues because when I was diagnosed and treated for angioimmunoblastic T-cell lymphoma, I naturally turned my attention to my body. For the first time in my adult life I was not working and did not have professional aspirations. Who am I if I don’t have an occupation, but  then I discovered that what I do is less important. I learned  that my career, who I love, having cancer, and many other experiences in life are all part of a path that brings me closer to my higher self.

My childhood desire for amnesia makes me smile now because I learned that the life-long as yet unanswered question of “who am I?” has many answers, with one important one. While my accomplishments are part the foundation of my physical being, I believe that I am part of the universe, like a star, a rose, or a tree, one of God’s creations.