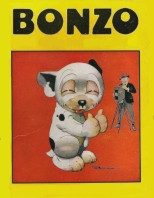 I have a yellowed, framed cartoon on my bookshelf that’s been there for many years. I look at it often and relate to its message each time I read it. I finally looked it up to see where the quote came from. It turns out its from an English multi-talented writer named Vivian Stanshall who was famous for his hilarious farcical band called the Bonzo Dog Doo-Dah Band in the late 1960’s and a radio series called Rawlinson End about a disgruntled upper class British nobleman who at the height of his discontent shouted to his maid, “I don’t know what I want, but I want it now!”

Though I’m amused at the origins of my favorite quote, I’m also dismayed because I don’t like to think that I am as disgruntled and frustrated as Sir Henry but I do identify with his quote because I often have a gnawing unsettled feeling that results in an occasional disgruntled outburst which makes me feel irritable, impatient and annoyed at everything. To try to alleviate this awful feeling, I wander into the kitchen opening the cabinet filled with pretzel sticks, chocolate covered salted carmels  jelly beans, marshmallow pumpkins, and a bag of popcorn with an adorable happy Buddha  on the front. There’s satisfaction for a variety of urges but nothing I look at satisfies my particular urge. I turn to the refrigerator where there are pineapple cubes, blueberries, M & M’s, dairy free vanilla yogurt, real gouda as well as dairy free gouda cheese, bread that’s been there for over a month and always a piece of left over chicken. There is nothing that I want and wanting without getting is infuriating.

Before cancer when I was 60 pounds heavier and could eat anything I wanted, I would try a bit of everything — it distracted me for a while but I ended up over eating  and was still not satisfied. I read that when you’re in the mood have something to eat — as opposed to actually being hungry —to think first whether you want something sweet or salty, hot or cold, chewy or crispy and when I go through the list, there’s still nothing that I really want. I can’t eat so indiscriminately anymore because my delicate stomach will backfire so I am left with this unidentifiable feeling of discontent that seems more intense than ever because I can’t distract myself with food anymore.

So I’m continuously confronted by this wanting feeling that never quite gets what it wants and i find myself both annoyed and relieved that I can no longer use food for comfort. It is an upsetting loss of a coping mechanism  —but — it wasn’t one that was really working anyway so technically it’s not really a loss. What’s frustrating is that I don’t have an adequate replacement.  Food for comfort was used to try to ease some of the tension, but my eating restrictions took the fun out of food. It is, however, also a  hidden blessing because instead of it being about food — it’s about the discontent that I tried to hide with food. The blessing is about my determination to find the source of my discontent.

I’m at a turning point in my life. I stopped my agency work because cancer and covid came into my life and now it feels too unsafe to return to visiting patients in nursing homes. Nor would I want to because I want something new, whatever that may be. So now I volunteer by facilitating groups on zoom which is incredibly rewarding, but there is still that gnawing feeling eating away at me. I wish I could just be happy with what I have instead of pining for what I want. I believe there is a song or two on that topic.

I see now that I’m more like Sir Henry than I thought — unsuccessful attempts to satisfy my urge results with me being grumpy and impatient with my husband instead. I find ways to occupy myself by taking walks, but now it’s so cold, it’s not very pleasant so I walk up and down 5 flights of stairs in my apartment building. It exhausts me so I am not feeling that wanting urge for a while and that feels good. Sometimes I go shopping for the most perfect outfit but my closets are full and I don’t need anything: it’s not about need, it’s about wanting.

I look for solutions then remember the double edge sword in the tarot cards — there are two ways of looking at just about everything. I am disgruntled but I am also a seeker, which takes me on several interesting paths. My search for answers allowed me to nurture several satisfying interests such as writing and  sewing. Each allows me to express feelings that are buried deep inside me and for a little while it provides a great sense of relief.  I am also trying to get back into my meditation practice but when I meditate I can see how frequently my mind wanders, hiding the source of the urge. When I stick to it long enough and without falling asleep, I see that my inner empty vessel  gets a taste of love and light that comes from a higher source, and it gives me a sense of belonging for a while but later eventually that itch comes back, something not easily relieved.

I’m glad that this wanting keeps me on my search. I believe I am getting closer and the “proof of the pudding” is that I know from my gut that food is not the answer and that glorious feeling I get sometimes from a great meditation puts me on the right path for my seeking nature. I continue my search: to balance the wanting with having. I may be disgruntled but I am also a hopeful seeker.